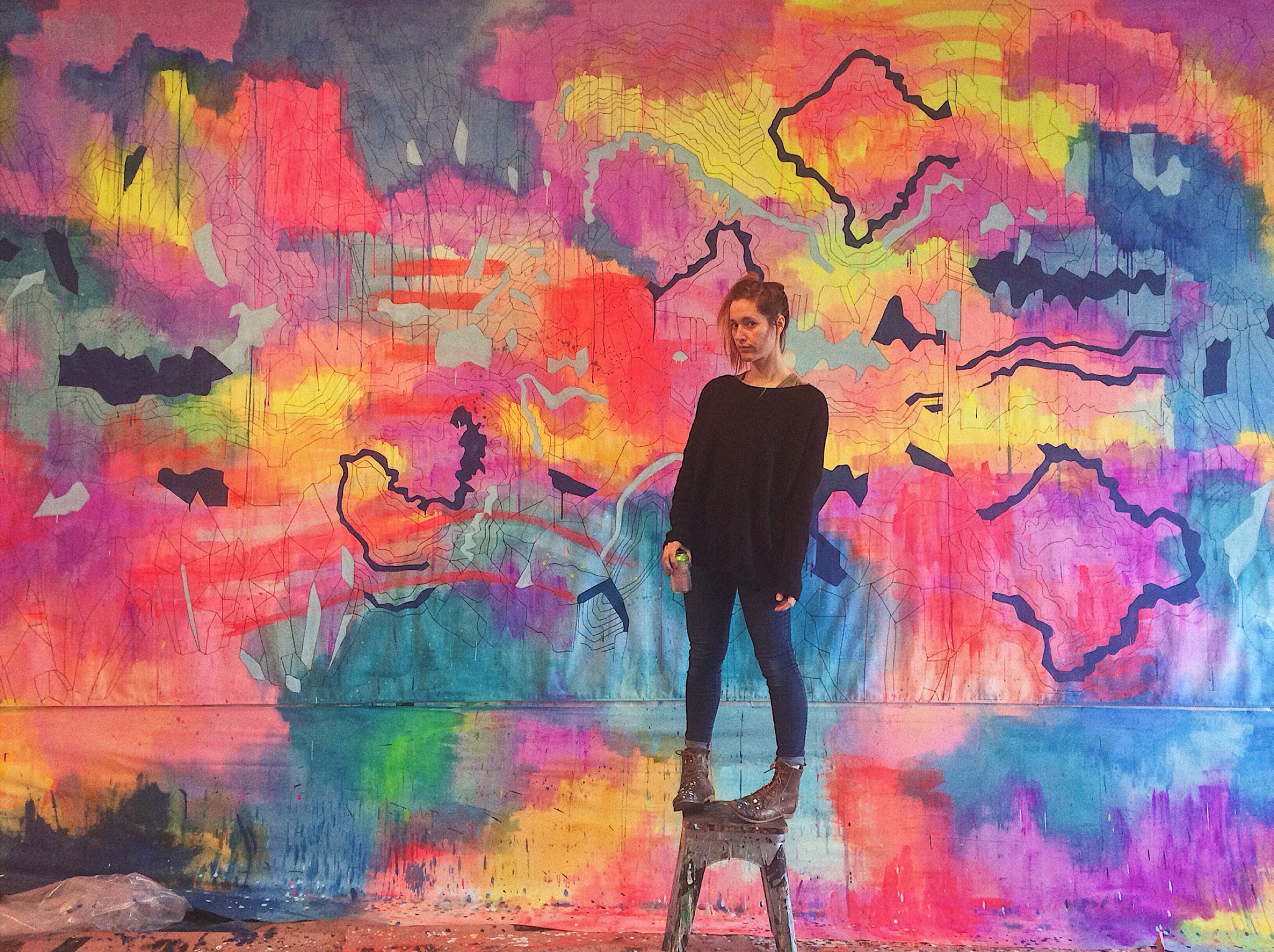 KRISTINA ROLANDER is an American artist who studied Printmaking at the Milwaukee Institute of Art and Design in Wisconsin, before first engaging in a career as a Graphic Designer, and then as a scenic artist for concerts, festivals, and music videos. Her early work was influenced by Abstract Expressionism and Pop Art, and was mostly figurative and collagé-based, incorporating written thoughts, song lyrics, and bits of conversation in an attempt to process the challenges she experienced throughout her early life. This process-based, therapeutic approach to artmaking led to an awareness that humanity can be united through our struggles, that we can find meaningful connection with one another through the sharing of our stories. This is now a driving force behind her studio practice.

From 2011 onwards, she moved toward the construction of three-dimensional immersive environments and large-scale painting. Many of her recent installations have been produced in series, with repeated elements, colors, and themes carried over from one piece to the next. By doing so, she explores particular themes that continually flit back and forward between reality and constructed, imagined worlds. She consistently plays with perspective, immersion, and scale in an attempt to challenge perception, by creating a push and pull effect between what is real and what is imagined. By inducing awe and wonder, she leads the audience to transcend their sense of self and ultimately question their individual role in our collective humanity and in the natural world.

In an effort to integrate an independent studio practice with meaningful community work, she has worked in various capacities as an Artist Educator since 2016, engaging youth and empowering them through the creative process. She believes it is important for artists to illustrate the power of art and the artistic process to younger generations, and strives to maintain this balance by creating short-term projects with youth in the community. Her overarching goal is to demonstrate through hands-on experience that artmaking, in itself, can be an important step to healing, and a tool to use in the processing of our traumas, struggles, and pain.

She currently lives with her two children, partner, and parakeet near the great shores of Lake Michigan, a natural playground where she can access forests, bluffs, and beaches daily. A landscape reminscent of all her childhood stomping grounds in coastal California, rural Wisconsin, and central Germany. As an adult, she has embarked on countless roadtrip adventures with her family across North America, and this exploration of the unknown remains her greatest past-time. She dreams of building a tiny house and traveling the rest of this gigantic world, someday, in the near future.

all content © 2015-2022 by Kristina Rolander, unless otherwise noted.
﻿All Rights Reserved.